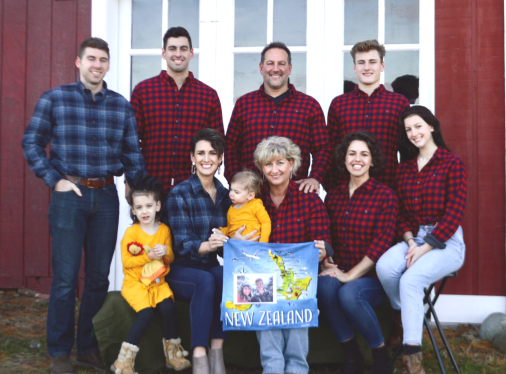 Phil was raised in the northern Michigan area since infancy when his family began to call Petoskey home.  The graduate of Petoskey High School went on to graduate North Central Michigan College, where he met his wife of over 30 years, Ann.

While Phil did spend some time in North Carolina working, it was this experience that introduced him to ideas he brought back locally with his business, Phil Duran Building and Development.  "Economically, that was the first reason I was here - you're young and have to set yourself up," he noted.  He developed several area subdivisions, including Country Club Hills and Grand Ridge of Petoskey.  The second reason came when he and Ann began to grow family roots.  The couple has six children, ranging from 18 to 32 years old, with three now married and four grandchildren. Aspects and interests that are important to their lives are found here - church, baseball, playing hockey, land for outdoor activities - close to their spot outside Petoskey.

"You don't have to give much up to live here," Phil said.  Reflecting back on travels to other destination locations, Phil said this area is where he chooses to be for the long term.  "I appreciate not being just one of 50,000 people in an area, part of too large a community.  It's a privilege to be able to get to know people, talk to people, that you wouldn't get in a larger town," he said.  "It's been a great place to work, great place for recreation, safe place for the family, good community of people looking out for their families and children."